My t-shirt is on sale at Threadless.com! 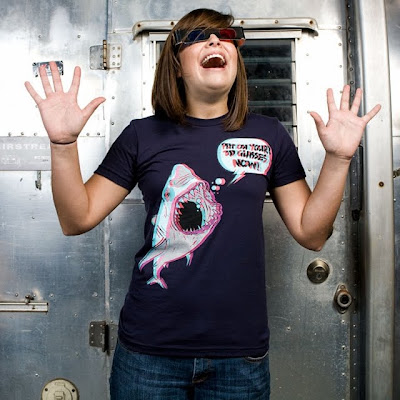 Hey y'alls! My t-shirt "Three Dimensions Of Terror" is on sale now at Threadless.com! Why not show how much you love me and buy one? (p.s. I love you too x)
Posted by James at 17:26 No comments: 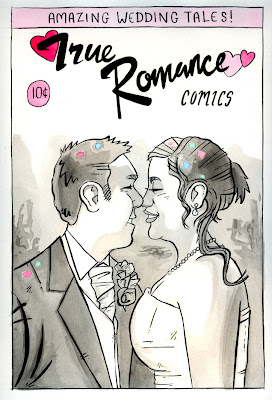 A commission for a one year wedding anniversary. Ink washes and water colours.
Posted by James at 10:13 No comments: 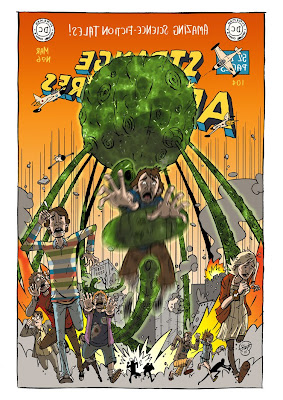 Another comic book cover for the awesome Covered Blog. This is maybe one of my favorite pieces of artwork. I love the zoom effect on that chump at the front being sucked in by one of the tentacles and the slimy texture on the alien looks great (adjusts bow tie).
Posted by James at 10:02 2 comments: 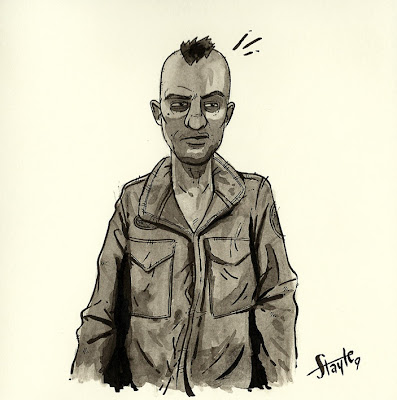 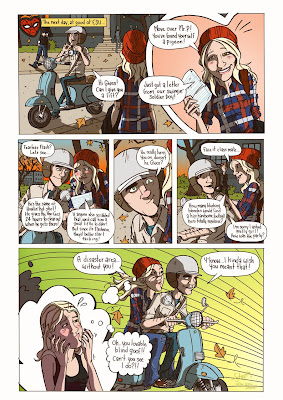 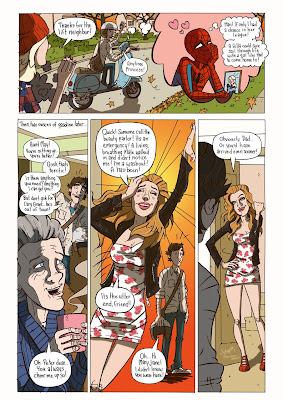 This was a lot of fun to do. I took a scene from Amazing Spider-Man 50 (circa 1967) and redrew it in my own style (see the original here).

I love the scene because it sums up what's great about Spider-Man; Peter Parker is so resigned to his role as a down on his luck dork-nerd that he's too oblivious to see that two beautiful 'gals' are obsessed with him, and the perfect life that he pines for so much is right infront of his face (if his head wasn't up his own arse). He's without a doubt my favorite comic character because he's so self absorbed that he makes life twice as hard for himself, the kind of interesting character trait that you don't find much in superheroes.

Next I'll do the same with an action scene from another Stan Lee/John Romita issue.

Update! Now featured on the Repaneled blog!
Posted by James at 13:43 No comments: