Another Threadless design up for voting if you want to take a look. 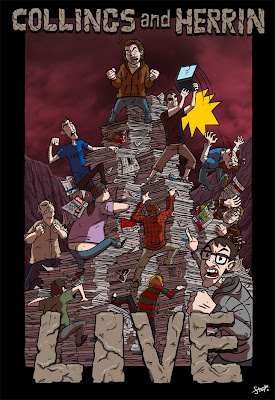 This is a poster I did on spec for Andrew Collins and Richard Herring's brilliant "Collings and Herrin Podcast". I sent it through to Andrew and Richard and got a good response from them but sadly it won't be used. However they did post it on their blog which was great. If you haven't checked out any of their podcasts and you enjoy your satire covered in delicious chocolatey profanity then check them out here.
Posted by James at 12:32 No comments:

Hello! I've got another t-shirt up for voting on Threadless.com. Why not give me a vote? Thanks! 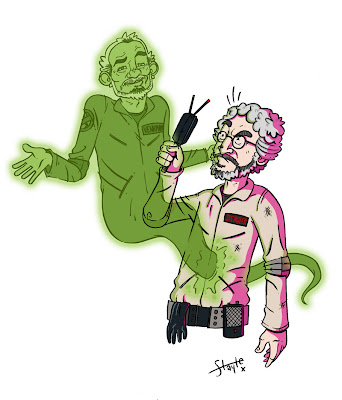 So Ghostbusters (as I've mentioned many a time to anyone who will listen) is my favorite film and always has been. Now internet nerdrumblings suggest that in Ghostbusters 3, Peter Venkman will appear, but dead as some kind of ghost. Naturally the internet has reacted to this rumor with the logic and control it is known for...

Here's my verdict; This could be a really good idea, Bill Murray ghosting around the place, sliming people, doing what he wants and causing hilarious chaos laughs. Maybe he could be the new team's equivalent of Slimer? Maybe he could smooth talk all the ghosts into helping the Ghostbusters to defeat some super-ghoul type (feel free to steal this idea Ramis et Aykroyd). I'd like a well made threequel to my most cherished movie, not an Indiana Jones and the Crystal Skull where Dan Aykroyd swings through the trees with the ghosts of monkeys.

Wait! Thats another great idea! Get Hollywoods on the phone! 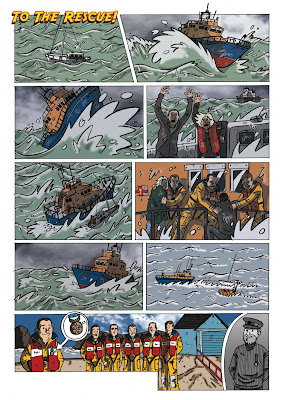 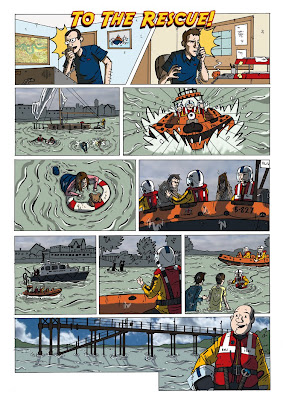 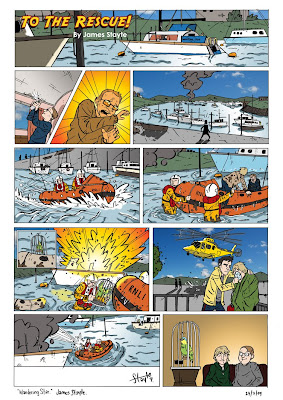 I draw a comic strip for Storm Force magazine, about the Royal Navy Lifeboat Institution saving lives on the high seas. Its incredibly fun to do and its been really well received so hopefully I'll get to draw it for a long time.

Here are the first 3 strips I drew for the magazine (including one that was never published, which is a shame because it features a parrot being rescued from an explosion). More to come once they have seen print.
Posted by James at 10:53 No comments: